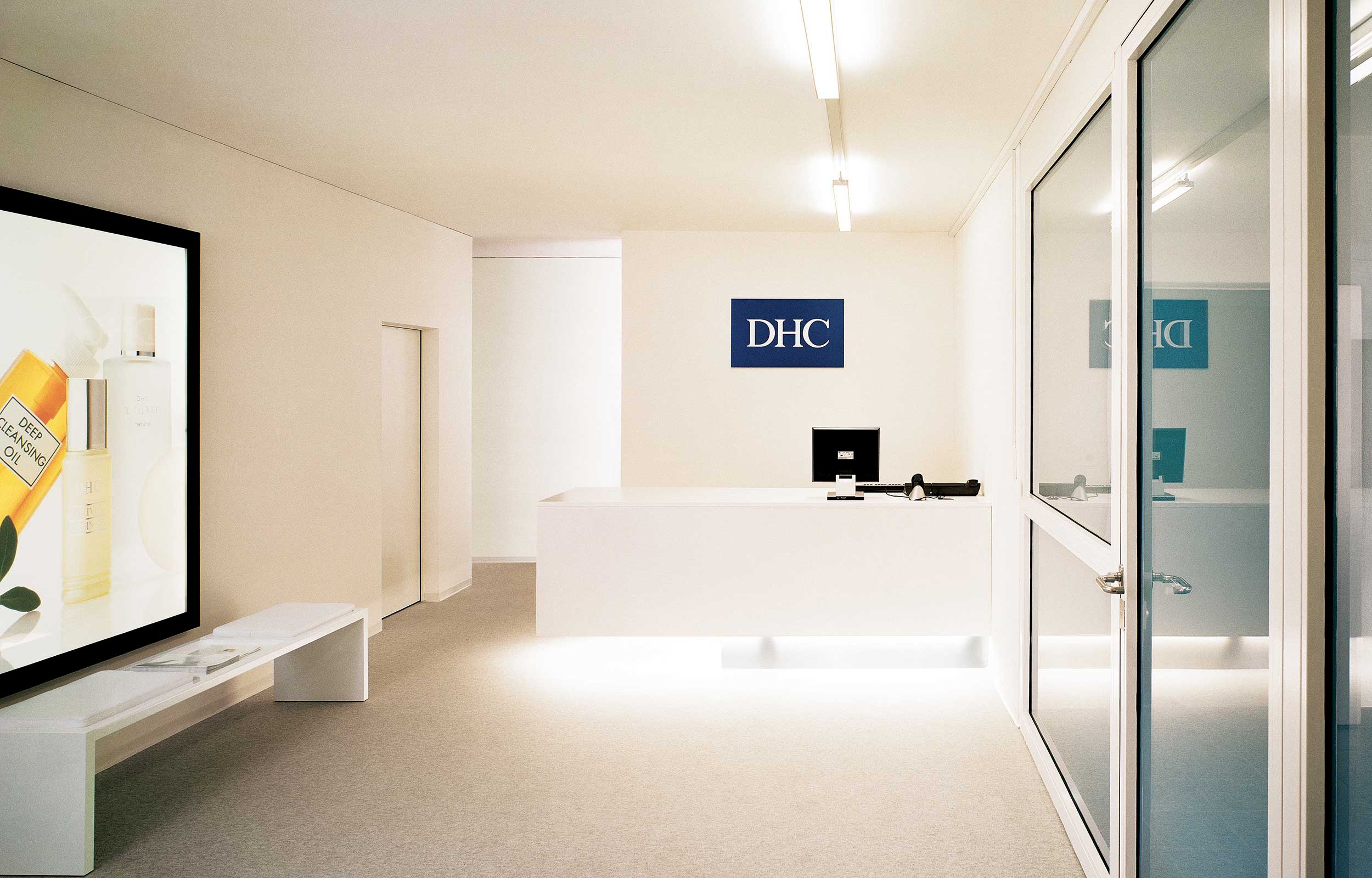 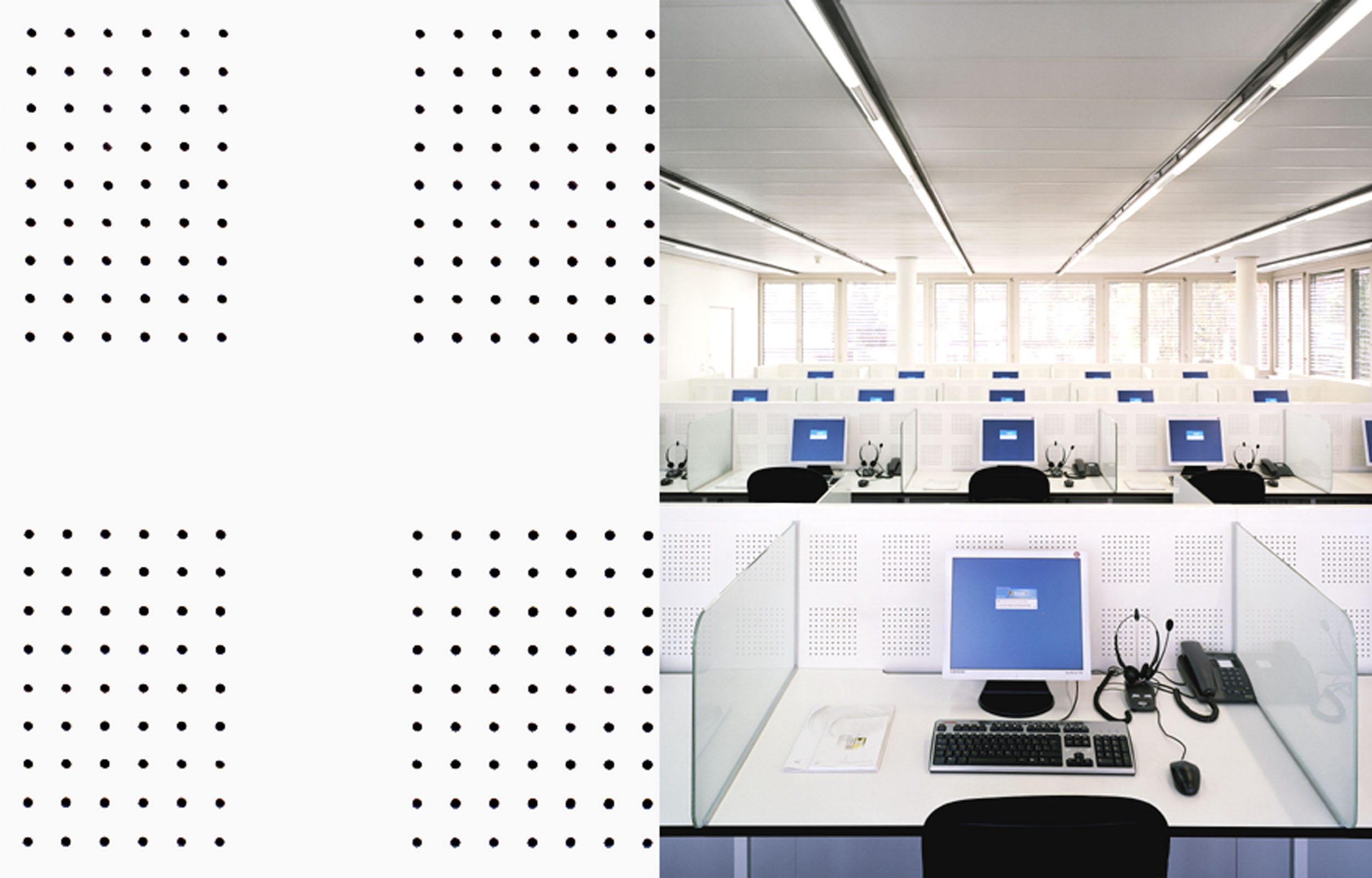 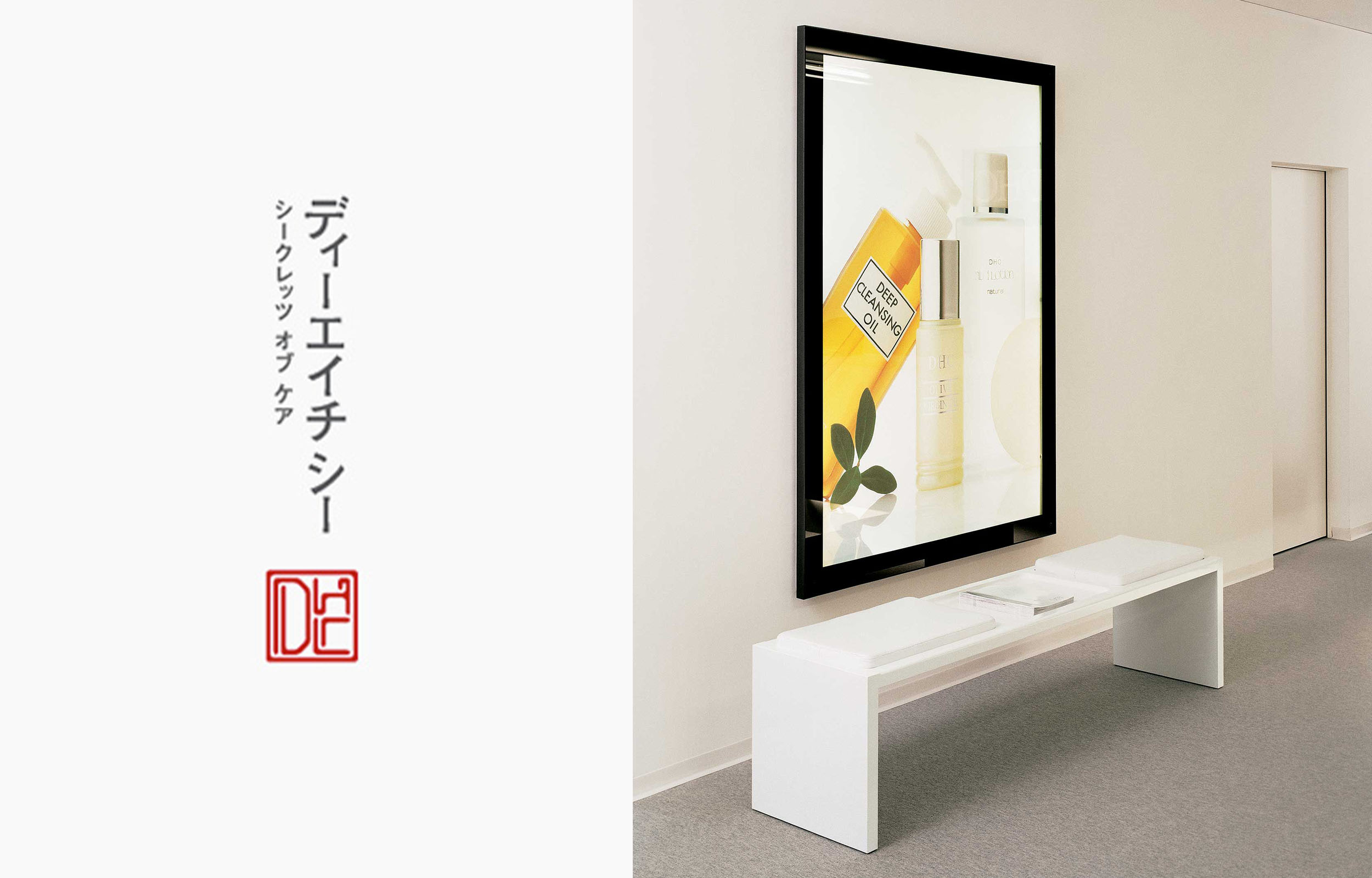 Japanese cosmetics brand DHC demonstrated its entry into the European market with the opening of its new headquarters in Switzerland. To properly honor this historic step in the company's history, MACH designed office furniture and display cases that skillfully combined Japanese and Swiss aesthetics.

A typical example of the implemented 'East meets West' concept is the combination of the 'whitest white' with strong contrasts to accentuate the sharply cut, visually dominant contours of the building. This 'less is more' strategy formed the basis for a large, integrative spatial concept that reflected the cleansing, rejuvenating effect of DHC products.