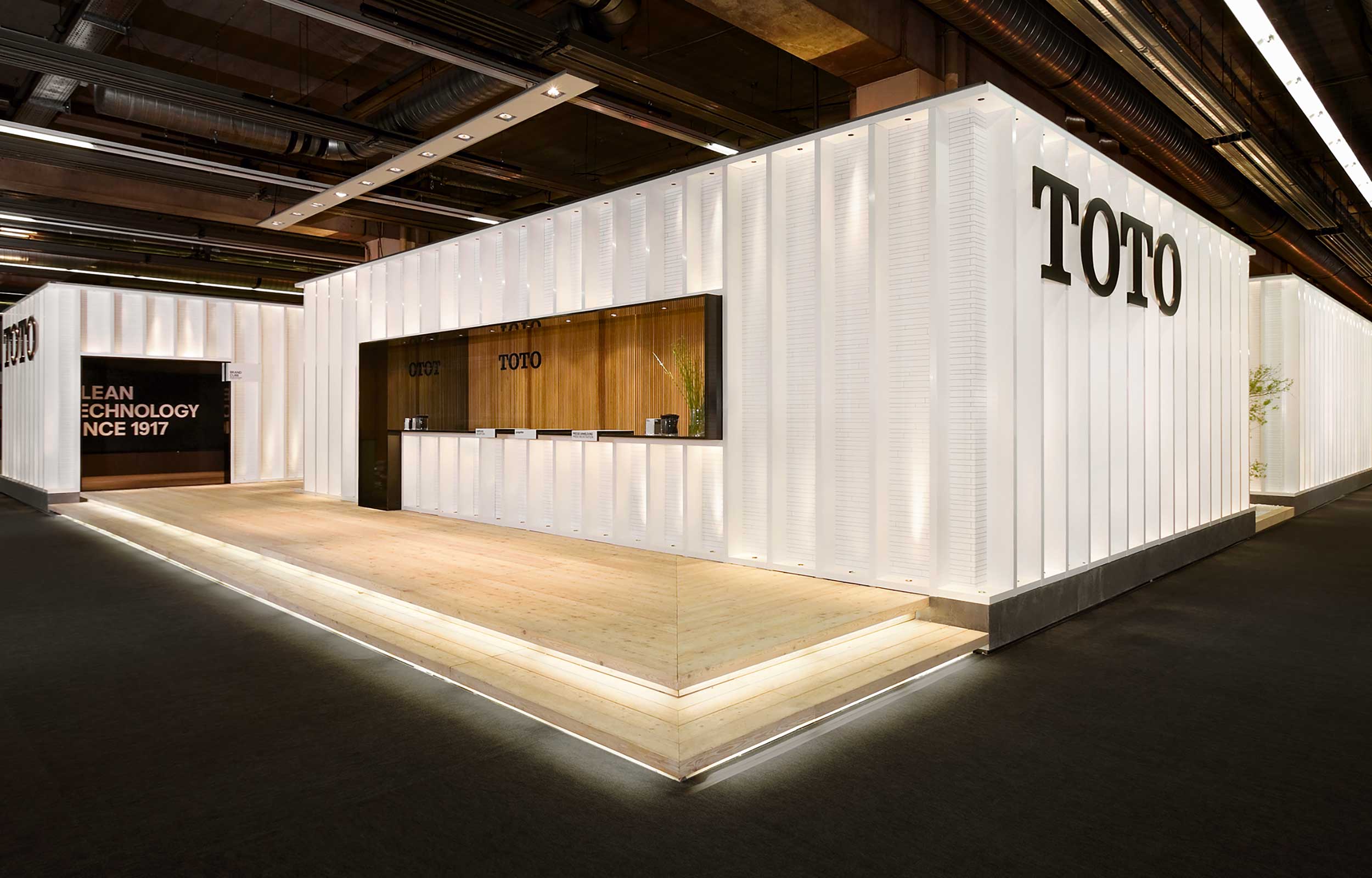 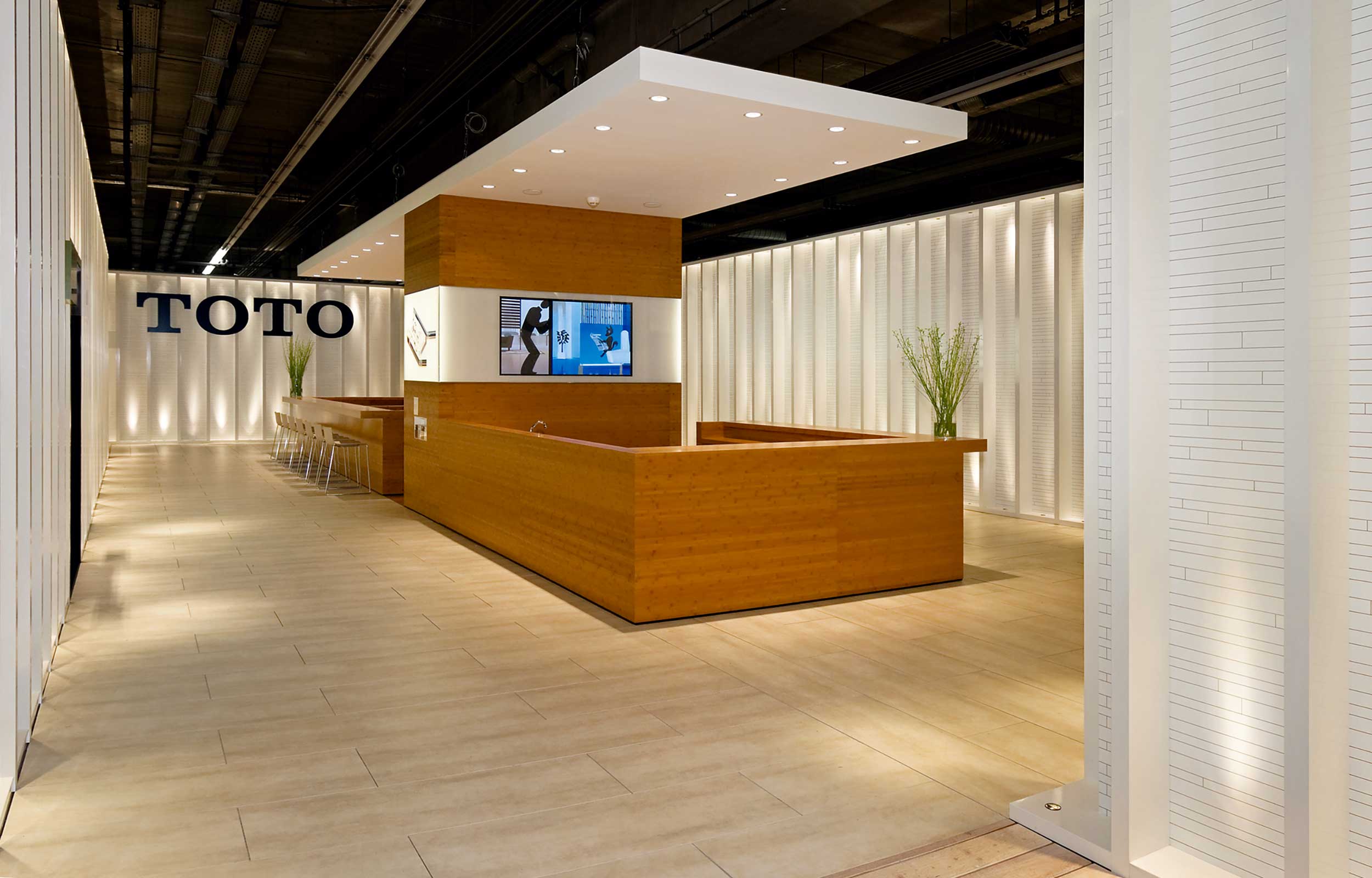 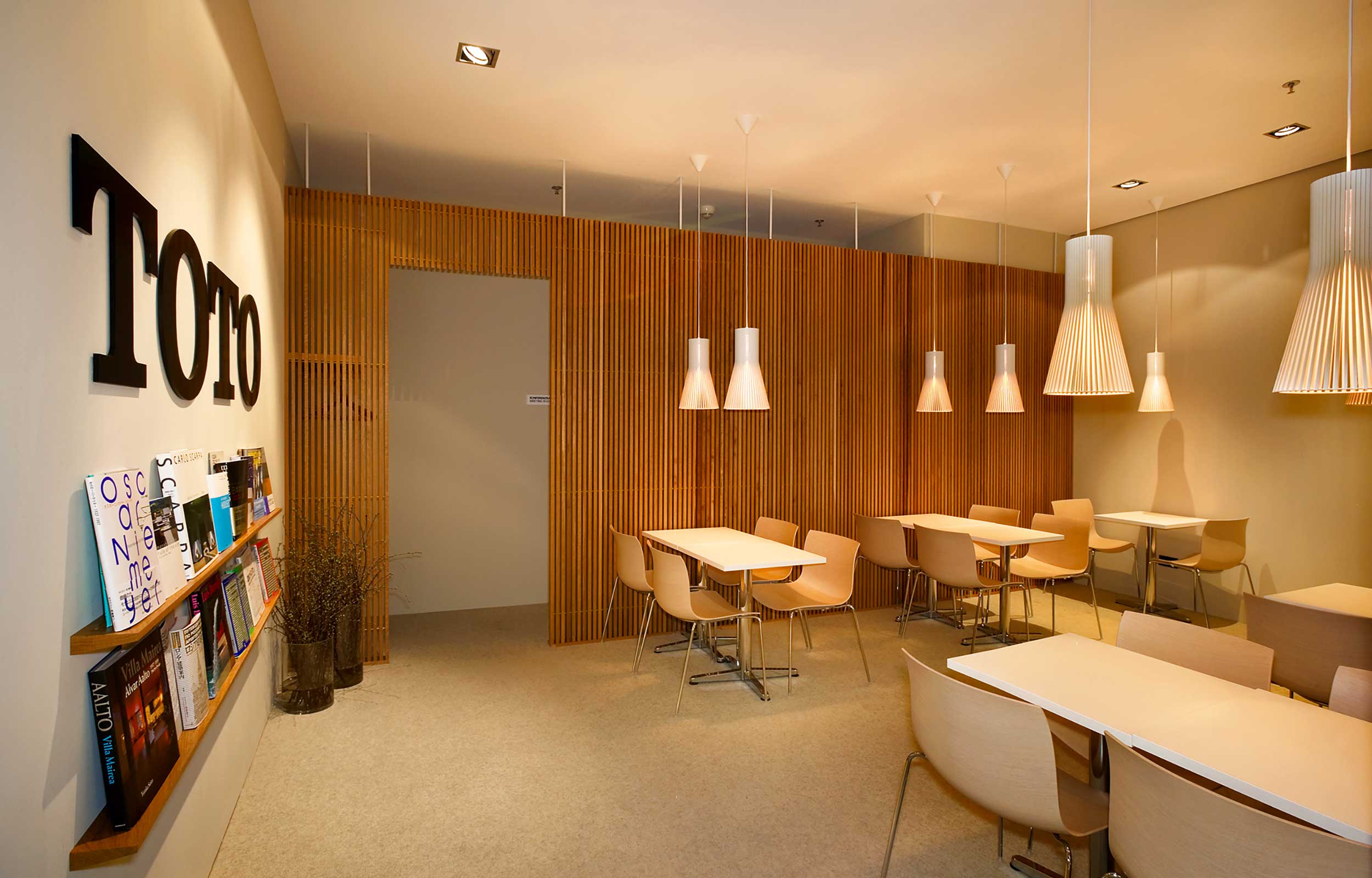 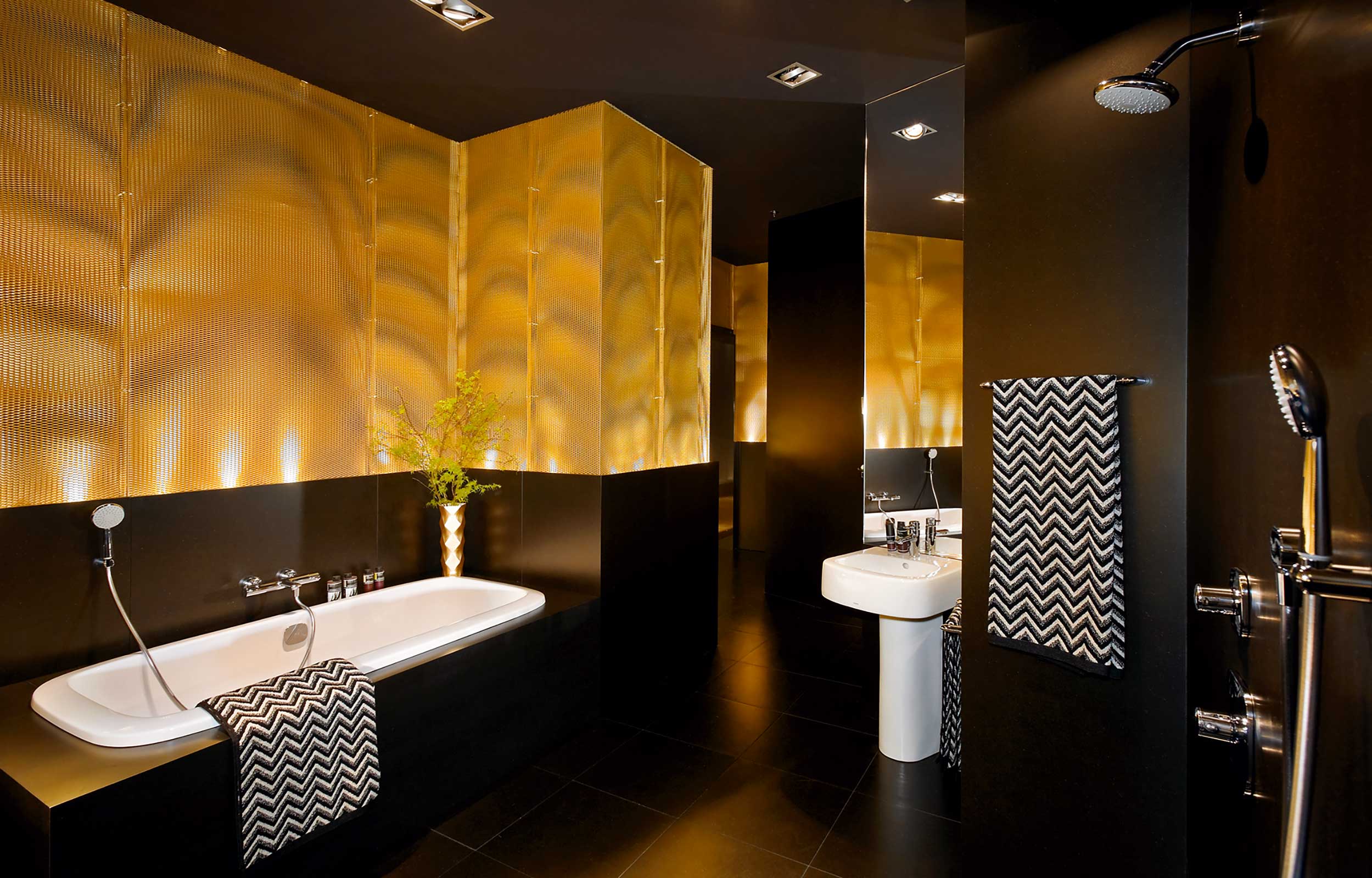 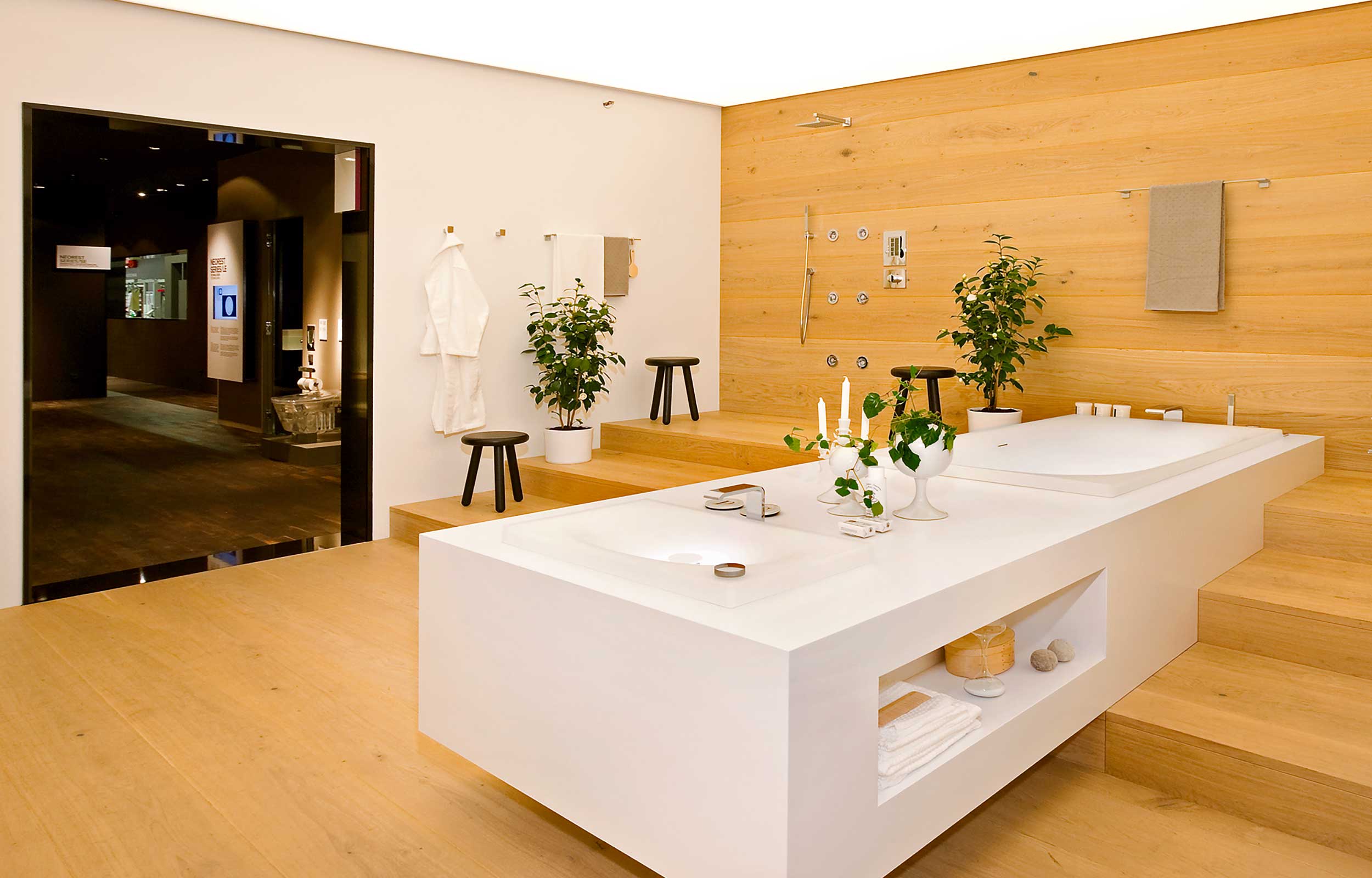 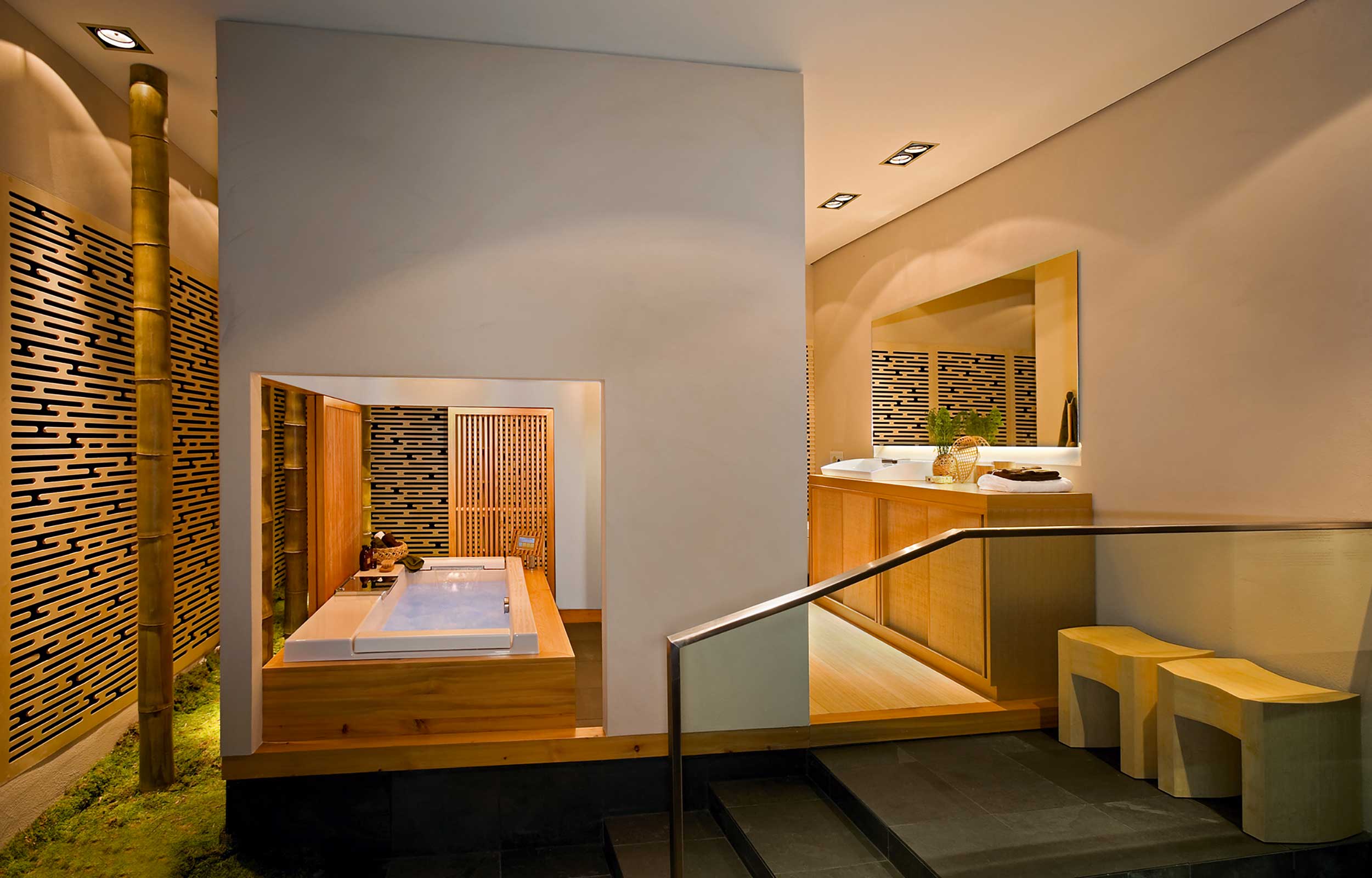 Upmarket Japanese sanitaryware designer, TOTO, was celebrating its launch in Europe at a Frankfurt trade fair. To make sure its 800sm stand was a compelling metaphor for the brand, we came up with a physical visualisation of TOTO’s tagline, ‘Clean Technology’ combined with a big ‘hello’ to Europe.

The company’s three core product ranges were represented in three evocative zones designed by three different architects who we collaborated with. We also created four cubes that were placed throughout the stand to display the TOTO story and give the huge space a more human scale. The stand’s facade was clean and white in contrast to the darker interior which allowed the pristine white ceramic to shine.