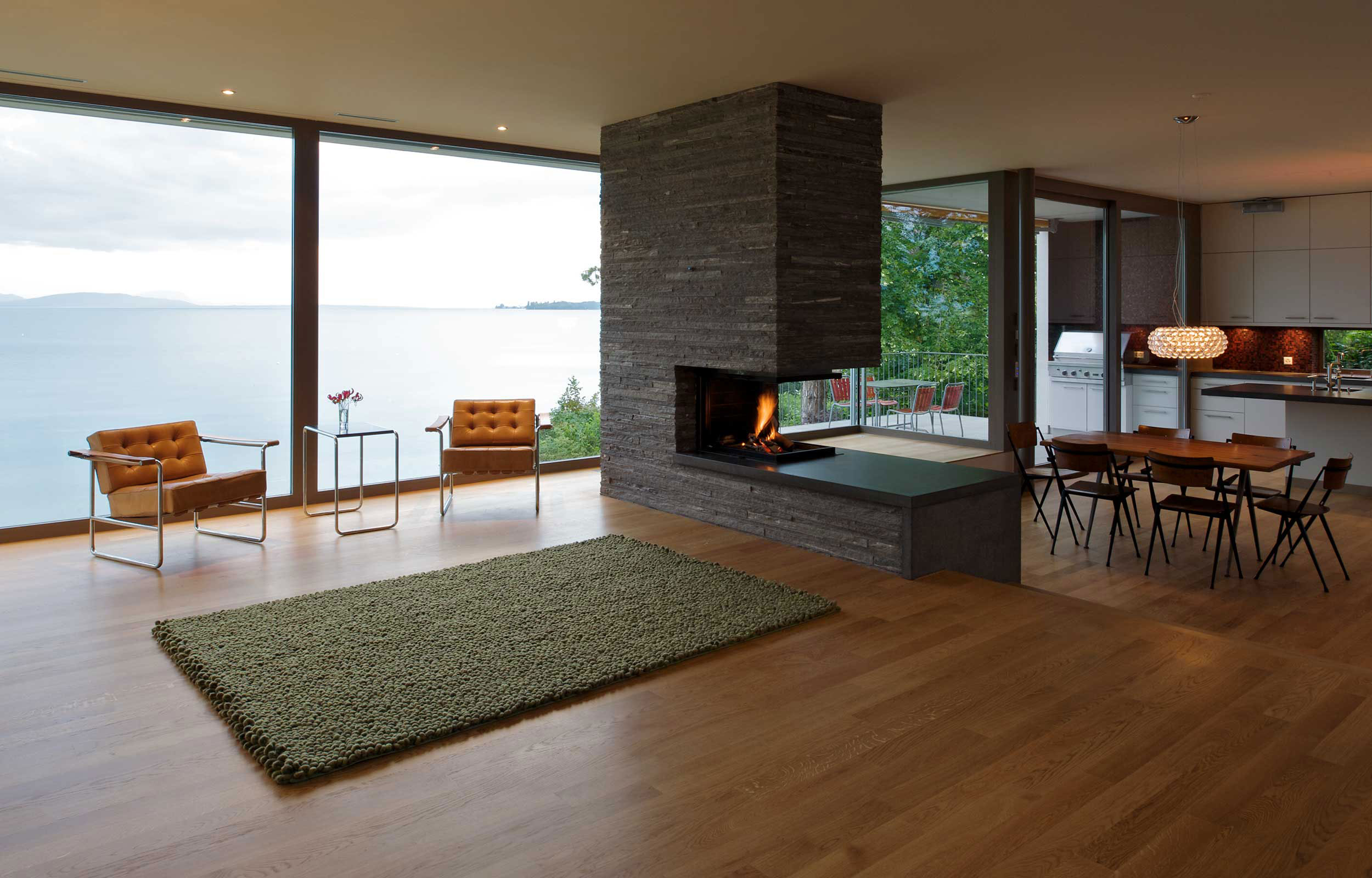 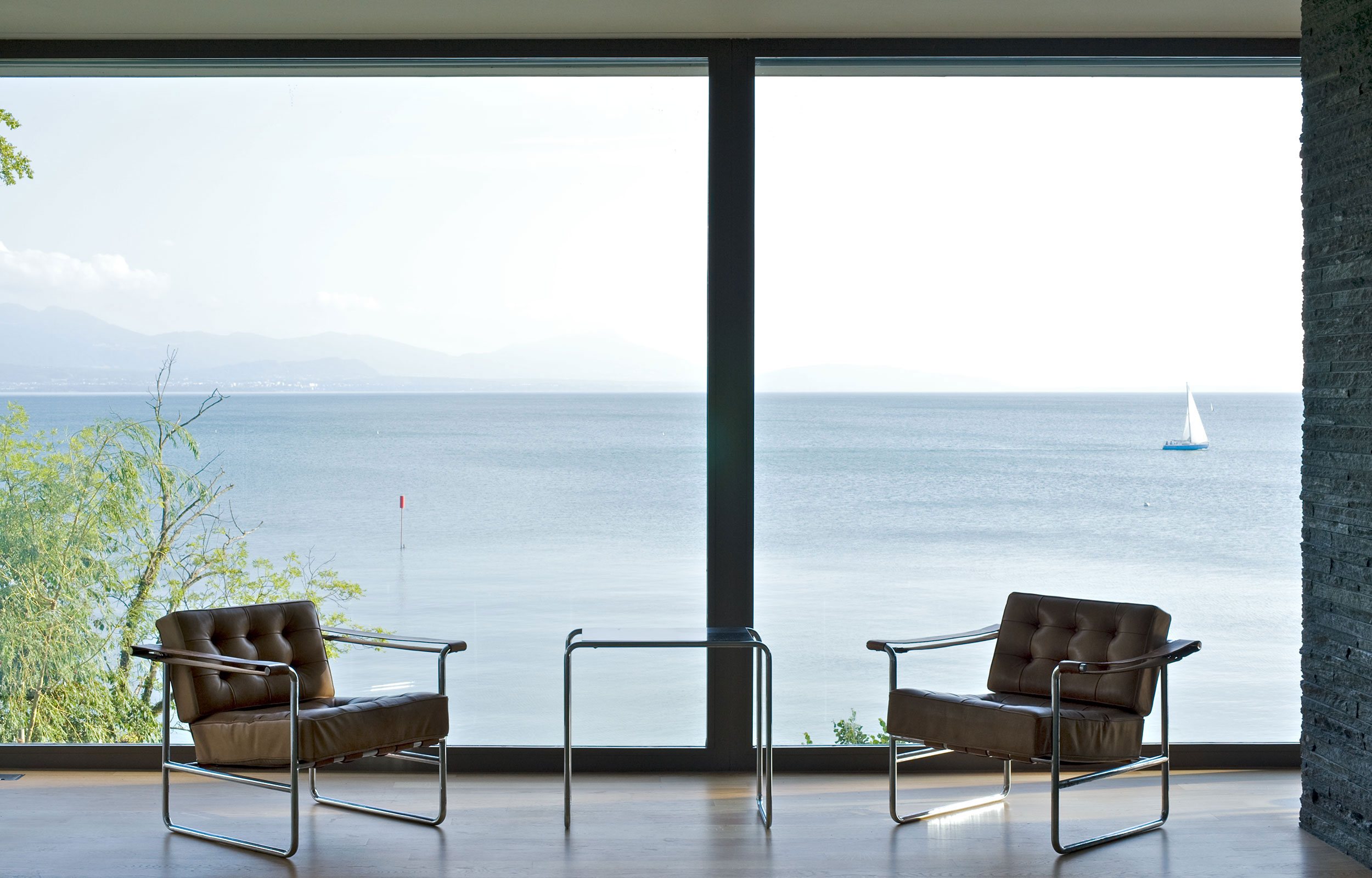 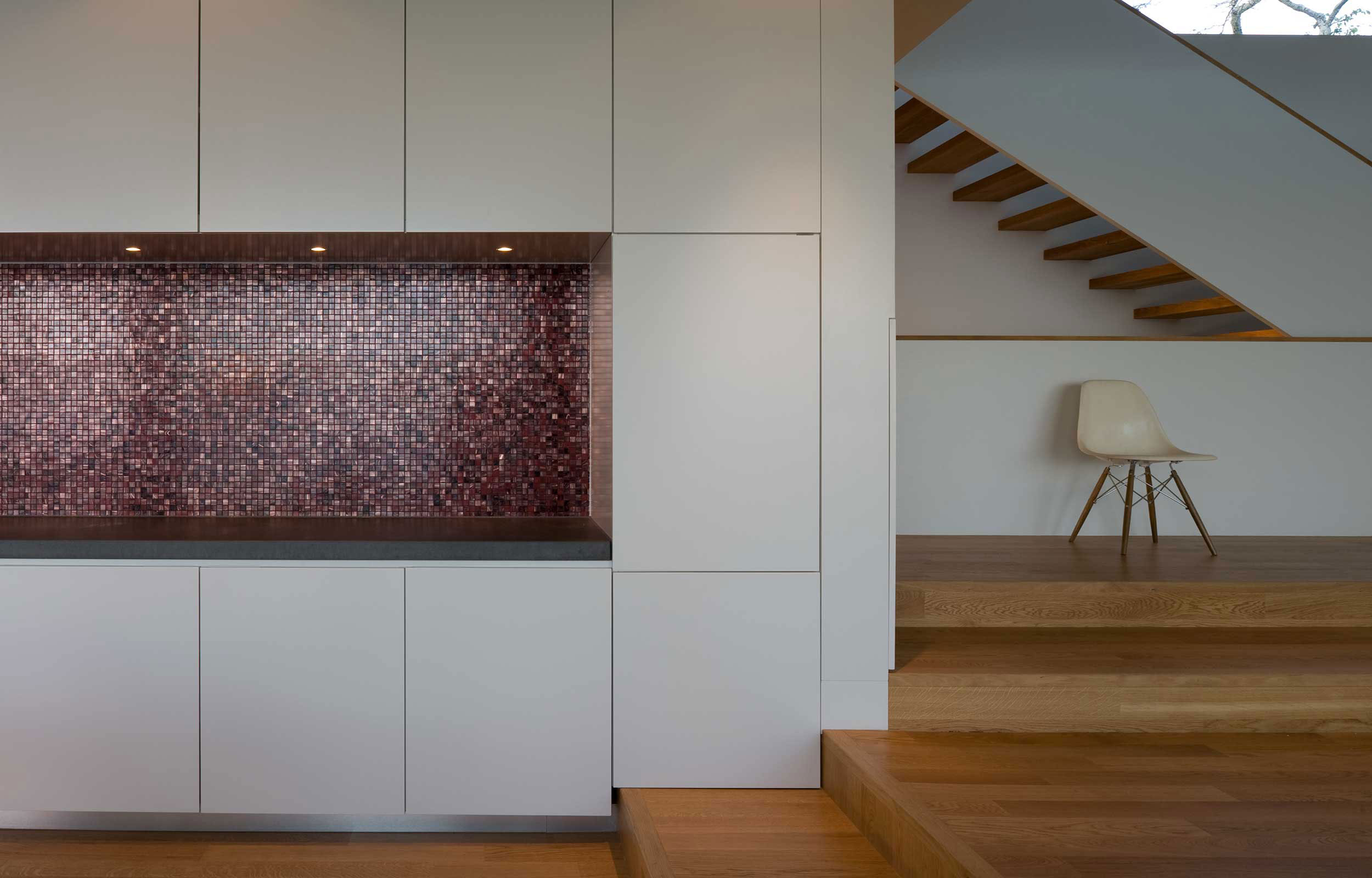 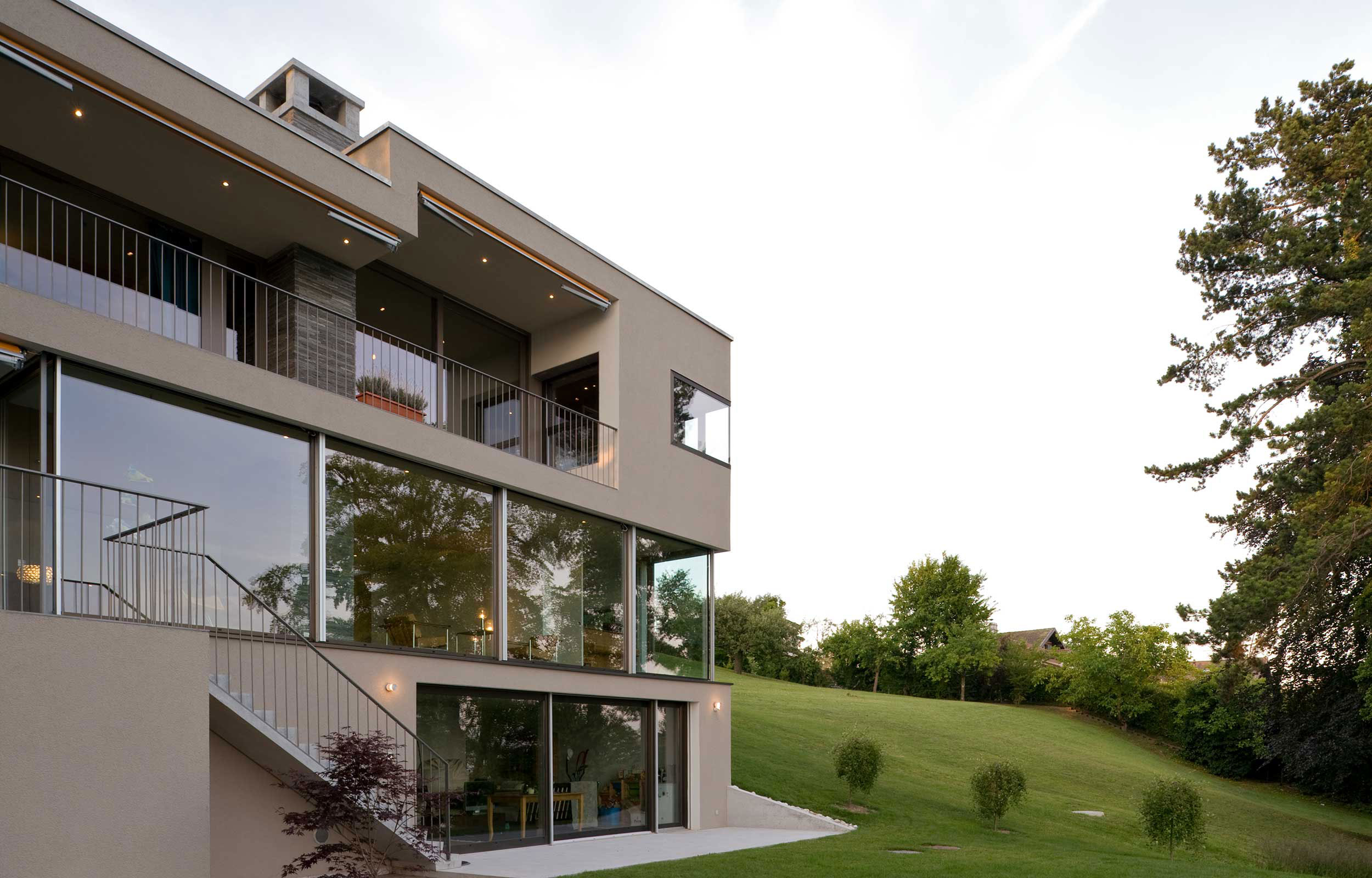 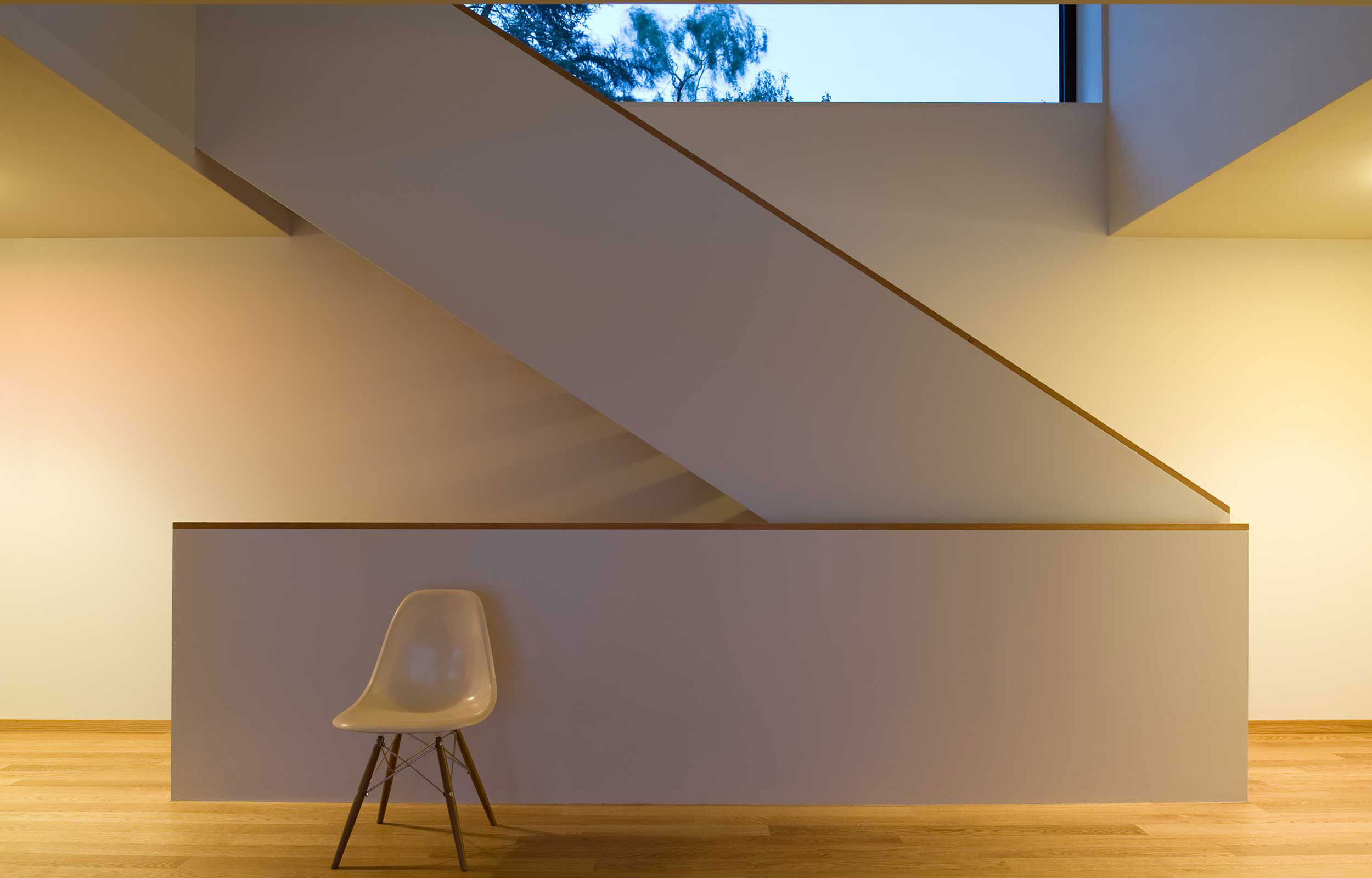 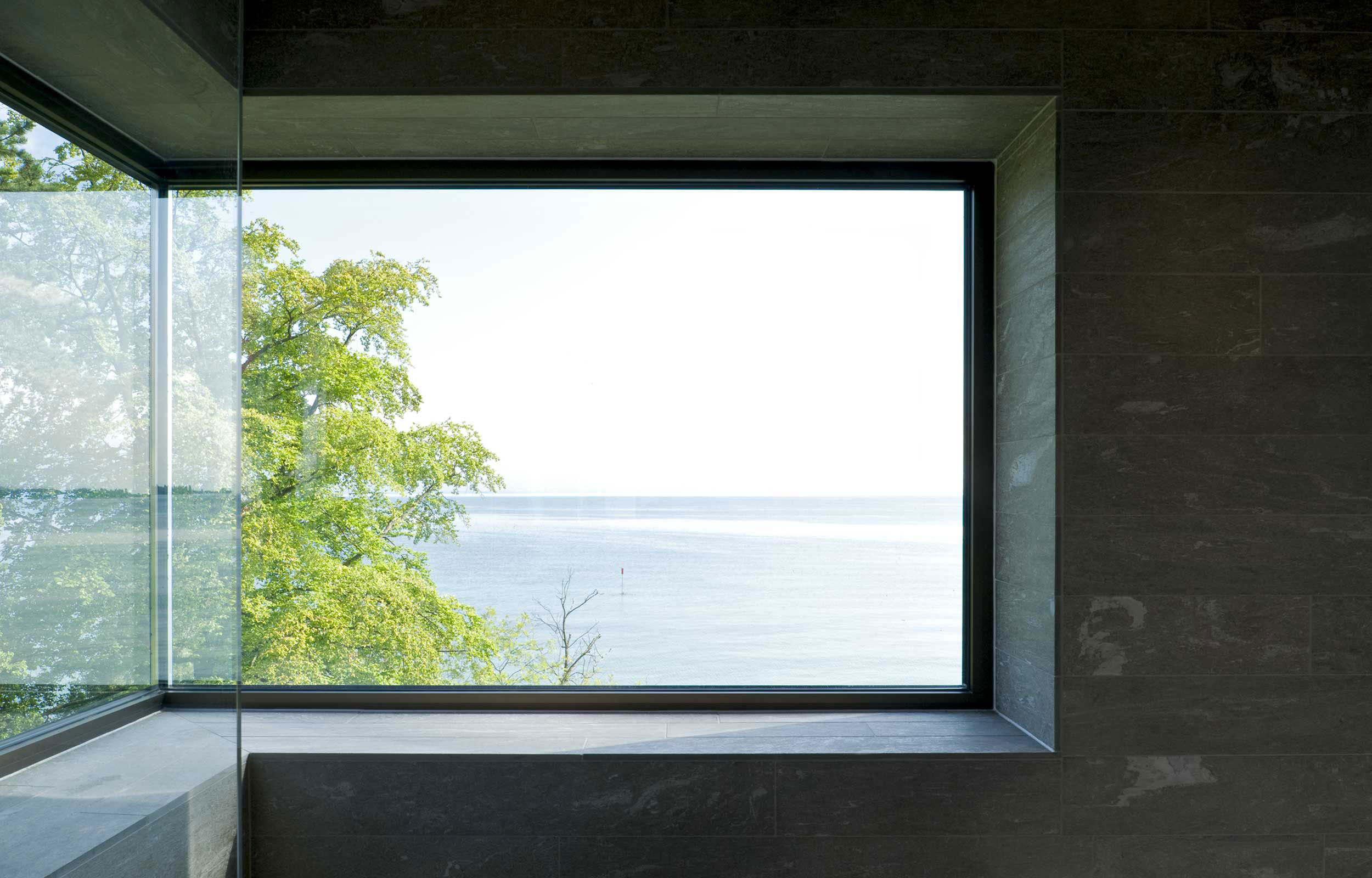 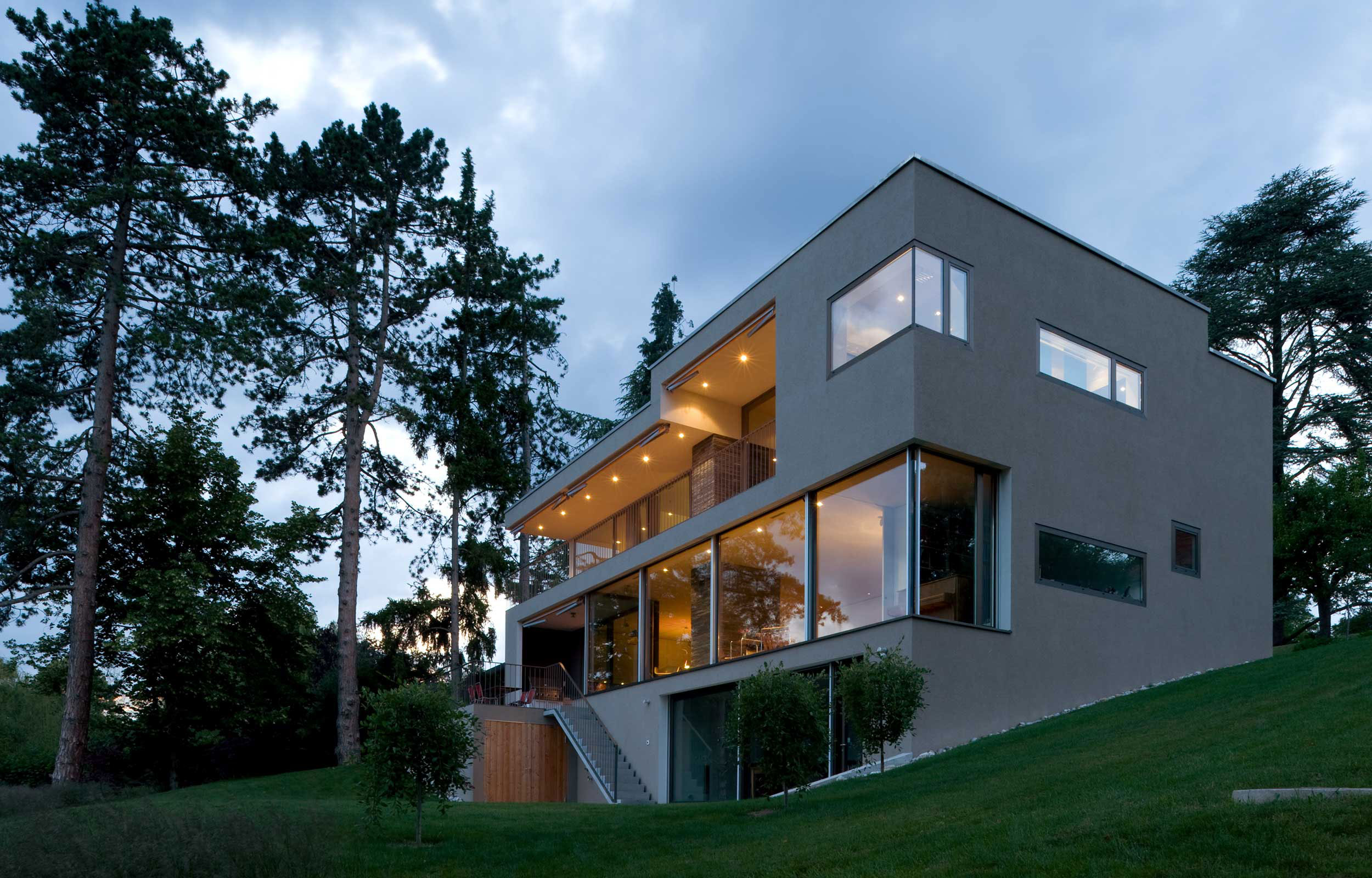 A breathtaking location on the banks of Lake Geneva sparked our concept for this private residence commissioned by two international scientists. Instead of simply designing a house, we wanted to create a sculptural volume that would rest by the lake like a rock.

The exterior of the finished dwelling is angular like a geometric sculpture. Large S-shaped openings in the concrete and cement stone walls convey a sense of a meander through nature; an idea continued by an S-shaped path that leads through the house to the lake. Recessed windows add a touch of playfulness and movement to the solid exterior which itself forms a boundary between the realms of man and nature.

Inside, the S-shaped lake path runs from the entrance to the water’s edge. As it meanders, room heights emulate the motion of the lake, rising from 2.35m at entrance level to 3.05m in the kitchen.  Interior walls are made from Valser Quarzit stone. Floors are oiled Swiss oak. Colours integrate the space with its natural surroundings.

Energy conservation is another remarkable feature. A heat exchanger with pipes buried 150m in the earth provides warmth; independent air supplies to fireplaces prevent precious hot air being consumed, and hermetic seals reduce heat loss through the chimney. As a result of these and other innovative features, the house was certified with the Minergy® (minimal energy) label.

Stone fireplaces also act as an architectural focal point. Each one is situated in a central floor-to-ceiling column of local stone that ties all the floors together like a fixing pin carved by nature herself.